Home » Blogs » Enigmas of the Organic

Enigmas of the Organic 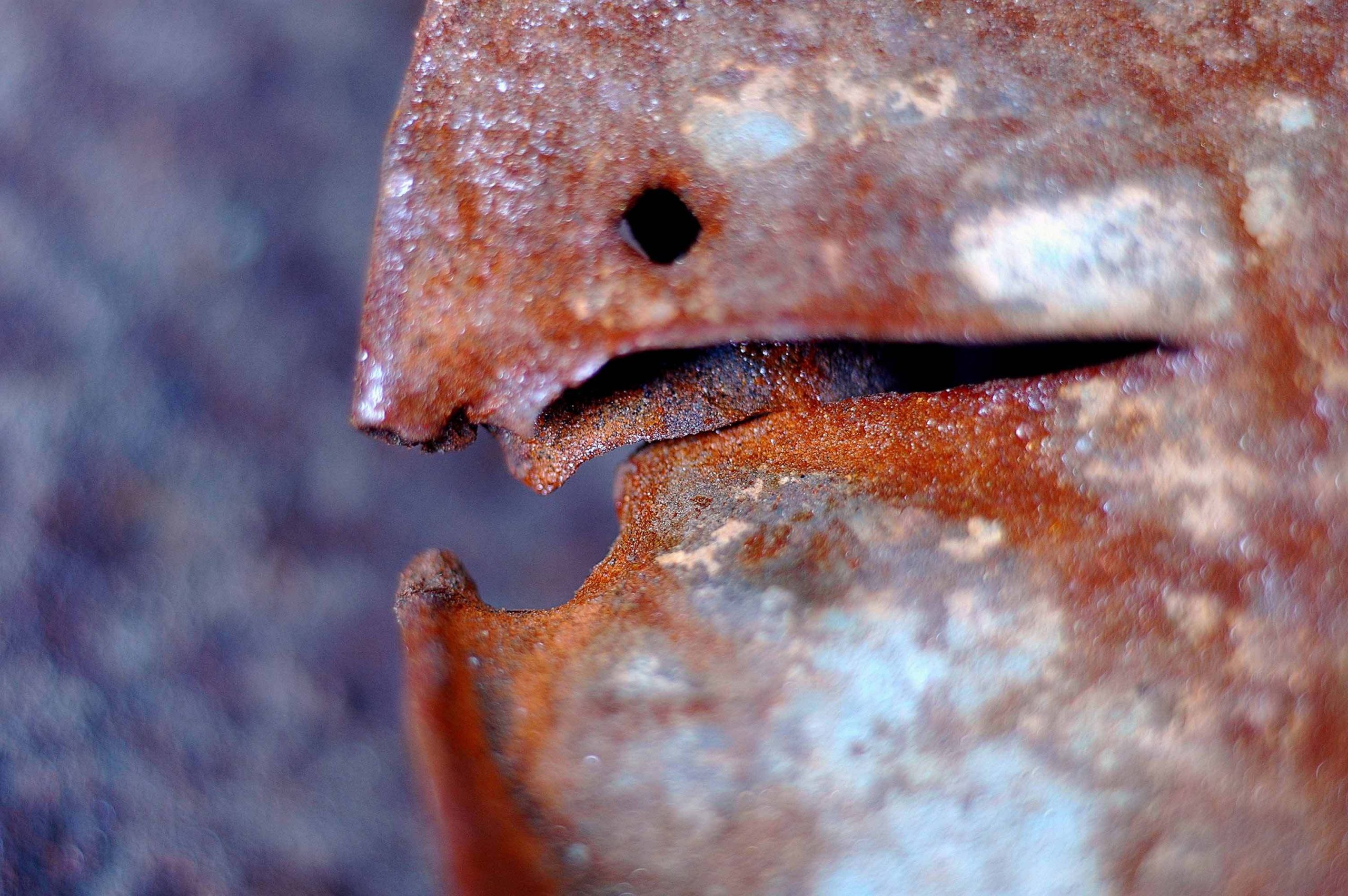 Enigmas of the Organic

Beyond the visual representation of the organic diversity of life the realms of intricate, myriad incarnations of metaphoric equations unfold. From his intricate, naturally focused abstract paintings, the artist Ashok Gulati has forged magical photographic works over ten years of observation and attention to detail in the world around him.

This recent decade-long journey spurred him deeper into his embrace of prototypes and their radical opposites, into an embrace of what is seen, and in particular that which is largely overlooked. His painterly eye, sensitivity and palette, furthered an exploration of light, shadow and configuration. As such, now his oeuvres truly reveal the “actual” world of microcosm and macrocosmic dimensions. Gulati states, “I am not a photographer. My work extends beyond techniques, beyond focus, beyond form.”

Spanning geographical regions across India, this body of work exhibited for the first time result from spontaneous picture taking, while walking, driving, stopping, at all times, in all pursuits. With regard to the process, Gulati remarks that he shoots and then forgets it. Until, a later point in time when he assembles a body of the images and his painterly nature takes control. From this point, the collection unfolded, to the great delight of the artist.

Cast with metaphors, replete with obvious and subtle facets of nature, creator tales of life materialise on the picture space. The work celebrates the pictorial splendour of a stone lying on the side of the road, with a unique sense of composition and the randomness of natural order. Gulati brings his own perspective to bear, as his brushstrokes devolved abstract and organic figural forms in his earlier paintings.

Photography as ‘drawing with light’, derived from the Greek photos and graphe, stresses the dimensions involved beyond the scientific. The selection and inclusion of the photographer’s eye drawn from tangible forms of the imagination do rely on a base of actual life subject. The use of colour in photography ever remains a bone of contention between practitioners, for many distinguish between photography as an expressive art form and sensitometry, the scientific study of light-sensitive materials especially photographic film. An accurate representation is not mandatory, just as in other art forms. Debates on photography revolve about it not being an interpretation or rendering, but rather a trace of the subject or vision thereof.

Ever fluid and kinetic, this body of photographic work recalls the meetings of science and art, of the mundane and the transcendent, the fixed and the moving, the yin and the yang.  Of Growth and Form (1917), written by the celebrated Sir D’Arcy Wentworth Thompson CB (1860-1948), examines the interdisciplinary influence, the lyrical, aesthetic, and architectonic dimensions per the un-folding of the mathematical beauty of nature. This tome pioneered the explication of morphogenesis, the process by which patterns are formed in plants and animals.

Echoing the spirit of Gulati’s endeavours, the Scottish biologist, mathematician and classics scholar, wrote about the St. Andrews Preservation Trust that “the stones cry out to us as we pass and tell us the story of our land.” In this exhibition, Enigmas of the Organic, the images depict the known and the obscure, the easily located, and more obscure reflections of the artist’s own eye. Why and how do such forms and things come to exist?

As many of these works require attentive viewing, the artist invites the viewer to a different level of participation on varying degrees of scale and size. Gulati fosters an intimate rapport with the subjects of his photographs, highlighting detail and often juxtaposition. An enigma is a puzzling or inexplicable occurance or situation; similarly something which is mysterious or difficult to understand.

“The Universe has its endless gamut of great and small, of near and far…men and trees, birds and fishes, stars and star-systems, have their appropriate dimensions, and their more or less narrow range of absolute magnitudes.”  – D’Arcy Wentworth Thompson, Of Growth and Form, Chapter II, Of Magnitude (Cambridge University Press, abridged edition, 1992)

An inherent irony is that much of nature is pervasive and familiar, while other facets are hidden and beyond mere human rational comprehension. New species are ever being investigated, and reconsiderations of biological processes take place. Nature, for many, is a passionate truth, as it is frightening and quixotic. On a parallel plane, photography has fought its battles to be considered as a serious art form, and many photographers are re-embracing hands-on nineteenth century processes. Art embraces and provokes, just as it engenders ongoing dialogue and reaction in its creators and viewers.

Graduate of Harvard University (A.B. Art History); Institut d’Etudes Politiques (C.E.P.) and Institut des Civilisations et Langues Orientales (Matrise), Paris; Beijing and Fudan Universitities, P.R.C.; and Yale University (M.A. and M.F.A.). She has curated exhibitions and written on Asian art across the globe, including numerous projects on photography and Nineteenth Century processes. She was the Assistant Director of the Museum at Japan Society (New York); the Director and Curator of the Jacques Marchais Museum of Tibetan Art (New York); a consultant to World Monuments (New York); a consultant to the Museum at Tibet House (New Delhi); and a consultant to the Centre for Trans-Himalayan Buddhism at the Ashoka Mission (New Delhi). 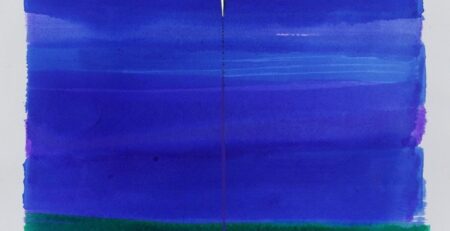 A special thanks to Gargi Chugh for her deep understanding & appreciation for my painting.This series of work explores... read more 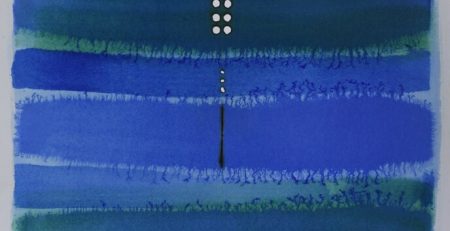 The universe has always been a source of wonder to him and through his masterful strokes of colour, he... read more 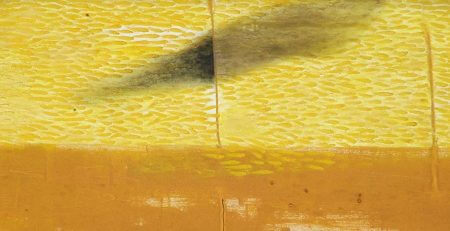 Employing his intimate understanding of nature, coupled with a rhythmic feel for line and form, the artist has created... read more 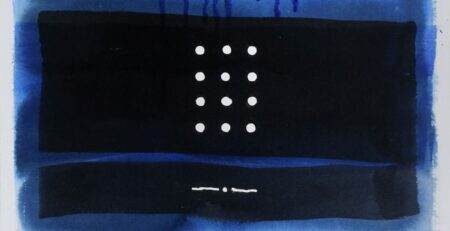 A special thanks to Gargi Chugh for her deep understanding & appreciation for my painting. In this series, the artist... read more